Our gastrointestinal tract transports, digests and absorbs food then expels waste once the nutrients and energy have been extracted and absorbed by the body.

The bacteria, fungi and viruses that live in our gastrointestinal tract are often referred to as our gut microbiome. The microbiomes contained in our guts vary hugely between individuals.

Why is gut health important?

The gut contains at least 70% of our immune system. The huge population of bacteria that live in our gut – over 100 trillion – are critical in the healthy working of our bodies and our immune systems.

There is now strong evidence that gut microbiome play a critical role in health and disease. Gut bacteria could play a role in many diseases, including gastrointestinal disorders and autoimmune diseases, as well as having an impact on mental health and obesity. Imbalances in gut bacteria are linked to cardiovascular disease, obesity, colorectal cancer, Parkinson’s disease and multiple sclerosis. There’s also a connection between poor mental health and poor gut health.

So-called ‘bad’ bacteria, such as clostridium difficile, can live harmlessly in the gut, but if the number of bad bacteria increase substantially it can cause infections. Symptoms can range from mild diarrhoea to life-threatening bowel inflammation.

‘Good’ bacteria, such as the probiotics found in yogurt and fermented foods, and prebiotics in foods high in dietary fibre, can help balance out the bad bacteria and lead to a greater diversity of microbiomes in the gut.

By contrast, shifting the balance from good to bad bacteria has been linked to an increased risk of a range of medical conditions, from obesity and cardiovascular disease to bowel problems and cancer.

What can affect the health of the gut?

Diet has a huge impact on gut health.

Gut health can also be affected by environment, stress, medications and age. A healthy gut will have more ‘good’ bacteria than ‘bad’ bacteria, and it will also have a greater diversity of gut microbiome.

The role of diet

A varied and balanced diet, with plenty of dietary fibre, is linked to a range of health benefits and is key to good gut health. Different dietary fibres perform different roles, from stimulating the growth of good bacteria, to slowing the rate of absorption in the small intestine, which is why a varied diet is so important.

The Australian Dietary Guidelines outline the types of foods you should be eating to reduce your risk of diet-related conditions and chronic diseases.

The role of fibre

Diets that are low in fibre – and too high in fat and protein - can upset the microbial balance in the gut and reduce the diversity of ‘good’ bacteria.

A prebiotic is a type of fibre that passes undigested through the gut and is thought to stimulate the growth of good bacteria. Foods that are naturally high in prebiotics include:

Probiotics contain living microorganisms. Numerous different strains or species are found in dairy foods like live yogurt and fermented food and drinks like kombucha and kefir. There is evidence to suggest that probiotics can help boost gut health, especially after prolonged use of antibiotics, and they are increasingly being used in treatments for Crohn’s disease and ulcerative colitis. With so many different strains, more scientific evidence is needed on which strains and doses are effective.

The trillions of bacteria that live in our gut play a crucial role in communication between the gut and the brain.

The gastrointestinal tract is sensitive to thoughts, feelings and emotion. That’s why we have such things as ‘gut’ feelings and why stress can trigger nausea or vomiting. The connection runs both ways, so the brain can send signals to the gut, and vice versa.

There is growing evidence that the bacteria in our gut can influence our mood. Researchers in Europe found that people with depression were missing several specials of gut bacteria, although they couldn’t say if the absence was the cause or effect of depression.

Studies have shown that people with depression, bipolar disorder, schizophrenia and autism have significant differences in the composition of their gut microbiome when compared with people without those disorders.

Fecal transplants and probiotic supplements are being trialed in patients with depression.

Many of the following gut conditions share symptoms. If you’re experiencing digestive issues, your doctor may order a colonoscopy to help diagnose the root cause. You can read our guide to having a colonoscopy to help you understand what’s involved. It’s one of the most common reasons our members go to hospital.

Important – blood in your stools can be an indicator of disease and can be present for several different reasons. Seek medical help immediately.

Crohn’s Disease and ulcerative colitis are similar disorders that cause inflammation of the digestive tract. Collectively they are known as Inflammatory Bowel Disease (IBD).

There is no cure for IBD, although treatment with medication and diet can reduce symptoms and minimise the impact of flare-ups.

As many as one in five Australians will develop IBS in their lifetimes, and women are twice as likely to develop IBS than men. Irritable bowel syndrome doesn’t cause bleeding or permanent damage to the bowel.

Symptoms include a change in normal bowel habits, either diarrhoea and/or constipation – and sometimes alternating between the two – and bloating, abdominal pain and discomfort that’s normally relieved by passing wind or going to the toilet.

The FODMAP diet, developed by Monash University, can reduce the symptoms of IBS in three out of four sufferers. However, studies have also shown that the diet changes the composition of the gut microbiome because of the restricted intake of prebiotics.

Dietary and lifestyle changes can often relieve IBS. Specific modifications will depend on the symptoms.

Diverticular disease is more common with age, when small pockets (diverticula) form in the wall of the large intestine. These pockets can become inflamed or infected if bacteria get trapped in the pockets, leading to diverticulitis. Up to half of all Australians over 60 have diverticula, but only around 4% will develop diverticulitis during their lifetime.

In mild cases, doctors now recommend a couple of days of a clear fluid diet followed by a low fibre diet until pain resolves. In more severe cases, intravenous antibiotics may need to be administered in hospital. In some cases, surgery may be required.

Symptoms vary from mild to severe, including pain on the lower left side of the abdomen, bloating, constipation or diarrhoea, fever, nausea and blood or mucus in stools. If you experience these symptoms, see your doctor immediately.

Australia has one of the highest rates of bowel cancer in the world. Age and diet can contribute to its development and there may be few, if any, early warning signs.

When symptoms develop, they can include:

Australia has a free national screening program for everyone between the ages of 50 to 74.

We offers benefits towards the cost of health checks for people of all ages, including bowel cancer screening. Screening can help detect bowel cancer in its early stages.

You’ll need to hold Extras or package cover to be eligible. Check your level of cover for details, call our Member Care team.

Normal faeces should be:

A ‘normal’ frequency for passing bowel motions can be anything from several times a day to once a week, depending on the individual.

Changes in colour could indicate the presence of a serious illness. If your bowel motions change colour, seek medical help immediately.

Black – could be caused by bleeding from an ulcer or bleeding higher up in the digestive tract. Taking iron supplements can also make faeces appear black.

Maroon – usually caused by blood in the bowel, possibly from diverticulitis or bowel cancer.

Cream – light-coloured bowel motions could be caused by diseases that affect the pancreas, gall bladder or liver.

Changes in texture could also have serious consequences, especially in small babies, young children and the elderly.

Constipation – stools that are hard, dry and difficult to pass can be caused by not drinking enough water, a poor diet low in fibre, not exercising enough, some medications and some supplements such as iron.

There may also be an underlying health condition such as diabetes, Parkinson’s disease, MS, diverticulitis or emotional problems such as anxiety, depression or grief.

If you are constipated for more than two to three days, seek medical attention.

Diarrhoea – characterised by loose watery stools passed more than three times a day. Diarrhoea can have many causes, including a virus or bacteria, food poisoning, stress, Coeliac disease, medications, lactose intolerance, irritable bowel syndrome and radiotherapy. Diarrhoea normally only lasts a day or two and resolves itself within a couple of weeks.

Symptoms range from mild to severe, including stomach cramps, fever, nausea and vomiting. Diarrhoea can cause dehydration, so it’s important to stay hydrated. If symptoms haven’t resolved within a few days, it’s wise to seek medical attention.

Babies under three months can dehydrate quickly. Babies, young children and the elderly should see a doctor immediately if they experience diarrhoea. 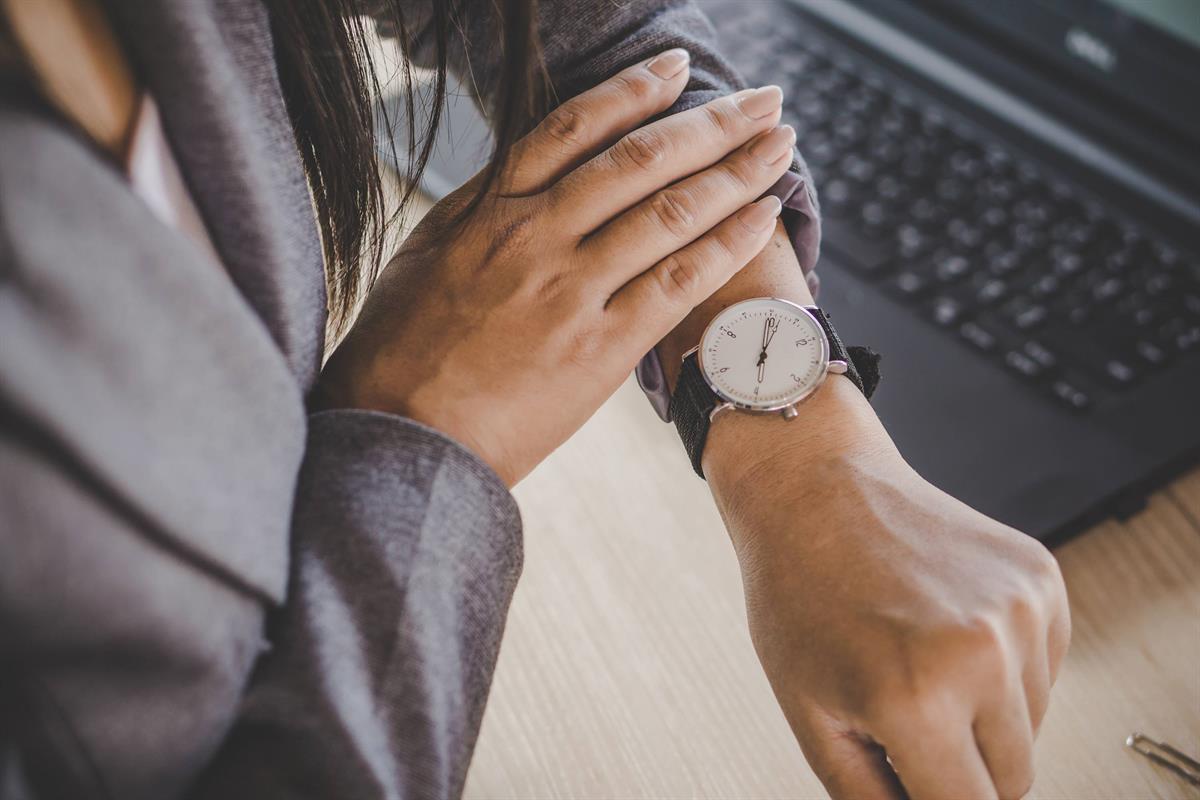